When Police Stations are no longer European territory…

Artículo original publicado en Fair Trials
The period a detainee remains in police detention is among the least regulated rights in Spain. Only article 520 of the Spanish Criminal Procedure Code establishes what happens in those first 72 hours of detention, what rights detainees have, and how police investigations must be conducted. The Spanish Constitutional Court (CC) and the European Court of Human Rights (ECtHR) have therefore become critical in interpreting and safeguarding the rights of arrested persons and have implemented the right to legal advice as well as the Habeas Corpus procedure to challenge the legality of the detention.
Yet, since the CC’s judgement 196/1987 the only right considered restricted by police arrest was the right to liberty, despite the clear conflict with ECtHR jurisprudence. Defence rights were strongly restricted and forbade consultations with the lawyer before the police interrogation or accessing the case file, or even appointing a private counsel in “incommunicado detentions”.
Through the European Union’s Stockholm Programme, the CC’s doctrine has been should be overruled as EU Directives emerge as a new and challenging counterbalance to the unbalanced equilibrium between security and liberty in police premises. Unfortunately, none of the Roadmap Directives have yet been transposed into legislation.
Two of these rights are right now the most disputed in Spain: The right of the arrested or its lawyer to access “documents related to the specific case which are essential to challenging effectively the lawfulness of the arrest” (Art. 7.1 Directive 2012/13/EU) and the right to “meet in private and communicate with the lawyer representing them, including prior to questioning by the police” (Art. 3.3.a. Directive 2013/48/EU).  In contradiction to these rights the 12/07 Instruction of the Security Commission establishes that “There will be no communication in any form between arrested citizen and lawyer until the end of the police interrogation”. This provision results in widespread rights violation by police officers, who make it increasingly difficult for lawyers to give legal advice to the detainee.
CJEU jurisprudence states that EU Directives have direct effect before transposition if the Directive is clear, precise, unconditional in the rights it guarantees and protects, and does not leave a wide margin of appreciation for the Member States. Moreover, judicial organs should avoid applying domestic rules if they lead to a result contrary to the spirit of the Directives that have been adopted, even if not implemented nationally.
But the reality in Spain is different: Police stations are littered with provisions contradicting the Directives, and police officers use blue print justification to deny access to the police file, or access to a lawyer prior to police interviews. 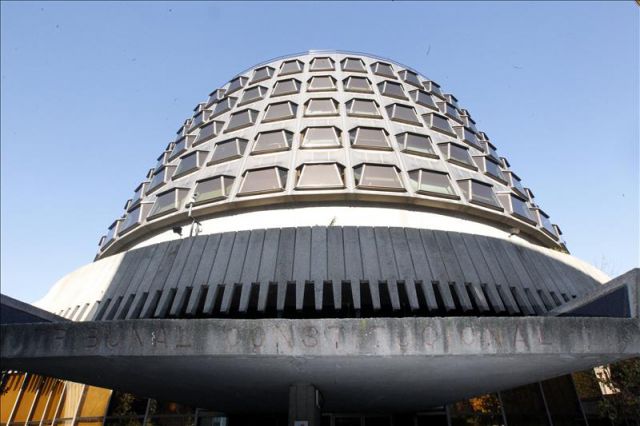 Courts and prosecutors are failing to apply European law, and disregard Habeas Corpus applications filed by lawyers demanding these rights. In most cases, Spanish courts consider that the Directives are not enforceable until transposed into Spanish legislation. In a bid to rectify this, the government proposed reforms to the Criminal Procedure Code, aiming to incorporate these Directives, but has in the meanwhile exceeded the two year period for transposition.
In reaction to these failures, lawyers and bar associations have initiated different actions to ensure the application of the Roadmap Directives before transposition. For example, in cooperation with lawyers, the Madrid Bar is demanding the use of a letter of rights at the police stations, which complies with the Right to Information Directive. The Asociación Libre de Abogados (ALA), a lawyer’s associations, has filed a writ of protection before the Constitutional Court in pursuit of a judgment stating that a) access to the file must be provided in all Spanish territories, b) that European Directives, must be applied when rights are enough clear and precise, once the transposition period has passed, and c) that defence rights must be guaranteed from the begin of detention and are not pinned to judicial accusation.
ALA has also filed a criminal complaint against a police officer who denied access to the case file, denied communication between lawyer and arrested citizen and mistreated the lawyer verbally. Our aim is to obtain a written statement from the prosecutorial services on the enforceability of the Directives.
Finally, several bars, lawyers associations and legal movements are reviewing the government’s transposition proposal critically, prior to its approval which is expected in March/April by the Parliament.
Alejandro Gámez Selma
Comisión de Defensa de la Defensa